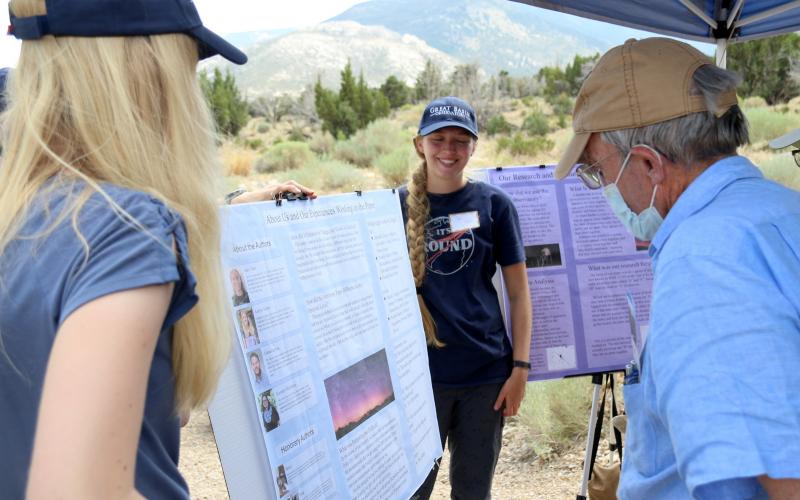 In humanity’s earliest records of astronomy, it was unanimously agreed among scientists and religious scholars alike that the Earth was the center of the known universe. The Earth was the singular point about which all heavenly bodies circled. Then, during the 16th and 17th century, a scientific revolution began to take place. Many of the notions of the way the universe works became challenged or proven incorrect.

As early astronomers started to train their telescopes to other stars in the cosmos, it became apparent that there was not a universal rule that only one star had to be the center of a solar system.

Some stars are so close to each other in our field of view that they appear as one point of light, but with a telescope we can define two separate points of light. This is what has been traditionally termed a “double star”. We now know that some of these double (and even triple) star systems are gravitationally bound to each other- circling each other as the planets in our solar system circle the sun. While others only appear to be related. They appear next to each other in the sky, but one star can be a few light years away from the Earth and the other hundreds of light years away. As they are in the same slice of sky- in our field of view- they appear to us to be double star systems, but in actuality they are not influenced by one another at all.

So how do we know whether a point of light is an optical double star or a true binary star system? That question poses a great opportunity for university students and astronomers to test their observational and analytical skills to decipher the difference.

Binary star systems present a fascinating area of research and the questions that we can ask about them are as profound as the universe itself. Sometimes these systems can rip each other apart, and sometimes they never interact. They can even be the center of their own solar systems with orbiting planets around them. There is still so much to learn about double star, binary star, and trinary star systems- first being whether they are gravitationally bound or only associated through appearance.

In the last few years, many high school and undergraduate college students have used the Great Basin Observatory to explore if double or triple stars systems are actually gravitationally bound. They start by identifying the system they will study, then they compare images taken of the system to historical data, chart the stars motion, and determine if the stars only appear to be associated, or are actually interacting with each other and are gravitationally bound.

A common reflection from our high school groups, is that the project tests their determination and ability to stick with it when the going gets tough. Southern Utah University's Dr. Cameron Pace, who has mentored all of our pre-college students thus far relates, “A grit attitude is a difficult skill that is very transferrable. Students learn about their personal grit and learn to grow this quality in this project. Determination will help them with whatever college path or career choice they chose.”

Of course, the project isn’t only an exercise in hard work, but a way to get involved in astronomy and science on a deep and meaningful level. High school students comment that they learned a great deal about astronomical terms, stars, using computers to make charts and analyze data, and writing in an entirely new way- scientific writing.

“I’m grateful that we got to have this experience. I even learned that I might want to go into scientific writing. The fact that I’m going to be a published author at 16 is an awesome experience.”

“I will definitely be taking astronomy classes in college, even though I’m more interested in more creative disciplines, I really want to learn more about the stars.”

This spring (2022) our first middle school group- a class from White Pine Middle School, located in Ely, just an hour distance from Great Basin National Park, entered the quest to define and categorize double stars using the GBO. These stellar students will be coming to visit the GBO in person on June 1.