Preparing for a Future in Science: The Impacts of Researching with the GBO 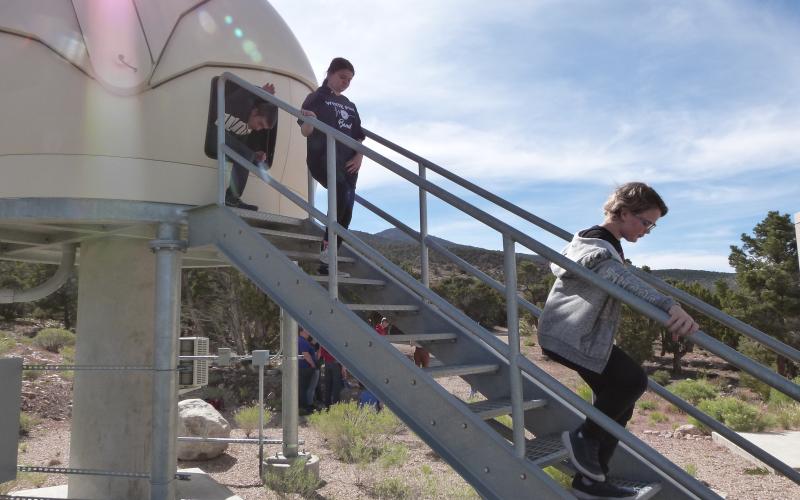 At the Foundation’s recent STARFEST Student Research Symposium, attendees had the chance to hear from high school, college, and graduate students about the impact that conducting research with the GBO had on their personal and professional lives. Jon Ginouves and Taime Clark were among the students that spoke. Jon and Taime described the formative role that their GBO research experience played in their decisions to pursue careers in scientific fields.

“The biggest impact of conducting research with the GBO was the confidence it gave me as a scientist to pursue research in my field and to stick with my passions, even when it was difficult”  Taime Clark

As a high school student, Taime Clark participated in the Great Basin Observatory Double Star Research program. In the years since, Taime graduated from Southern Utah University with a bachelor’s degree in Chemistry and minors in both Mathematics and Physics. She currently teaches chemistry lab classes at SUU and is in the process of applying for graduate school, where she plans to obtain a PhD in Chemistry.

Beyond confidence building, Taime related that conducting research with the GBO taught her many technical skills, “In my chemistry lab classes, we were also expected to write very in-depth and academic lab report papers, almost of publishing quality. It was nice to already have experience writing scientific papers of that quality, since the process is so different from other writing.”

Jon Ginouves conducted research with the GBO during high school, supported through the mentorship of SUU’s Professor of Physics, Dr. Cameron Pace. Jon is currently pursuing a career in paleontology.

"The GBO project was my first introduction to real, hands-on, hard science. Ever since I was a kid, my fascinations tended to fall within the natural sciences, with the big two being astronomy and paleontology. The latter had since won out, as I focused my college career towards the geologic side of paleontology.

The GBO project, right off the bat, opened the doors of the scientific process. In the course of conducting real research and writing a real paper, I came to understand the practical applications of the scientific method in minute detail, got a feel for how to work with a scientifically-minded team, how to apply individual strengths to the greater task, and how to surmount the looming barrier of peer review.

Regardless of which discipline someone might pursue in the sciences, these skills and experiences are all integral parts of the daunting task of real scientific discovery. Publishing the resulting double star observation paper gave me the confidence and skills needed to move on to involvement in paleontological research projects.

All in all, the GBO project turned the seemingly insurmountable task of becoming a published scientific researcher into a very tangible reality. It was an opportunity that allowed me to realize that, with some time and effort, real scientific discovery is something anyone can do.

It also meant spending some extra time staring at the stars, which was just the icing on the astronomical cake.” Jon Ginouves

Each year, 25-40 students participate in the GBO Double Star Research program. Currently, as some of the earliest participants in the program are graduating college and beginning to pursue scientific careers, it is becoming clear that the benefits of conducting research with the GBO can have life changing effects.