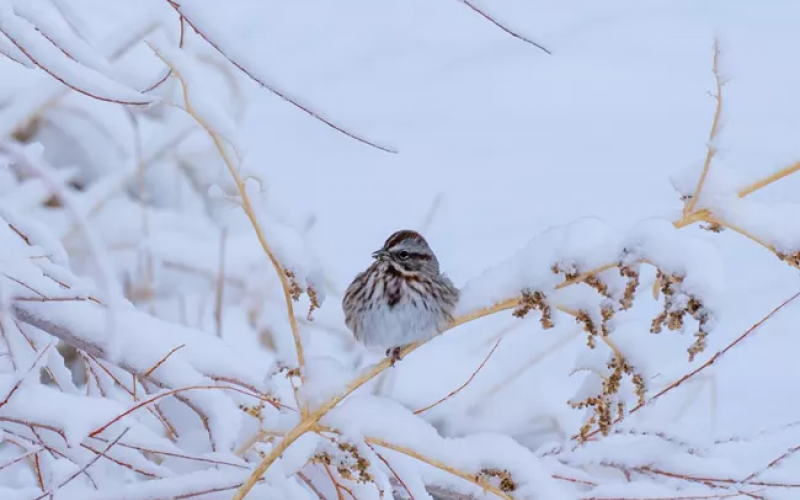 Ecologist Gretchen Baker reports the findings of a very successful bird count in December of 2021. With the help of 18 volunteers and interagency teamwork, spotters sighted 55 species and 2,538 birds on count day.

Results of the Christmas 2021 Bird Count

It was another year of dancing with ‘rona, but we managed to have an excellent turn out at the Snake Valley Christmas Bird Count on December 15, 2021 with 18 participants.

This year we had the added challenge of a huge snowstorm the day before, which closed roads and made for difficult travel. Nonetheless, all the Ely and St. George participants showed up and helped with the effort. We even had enough people to duplicate parts of routes, which always yields more birds.

The grand total was 55 species and 2538 birds seen on count day. Another 5 species were seen during count week. A couple standout bird species were 1) American Pipits—one team spotted 26 of them! They had only been counted on one count day and one count week previously and 2) a Snow Goose, previously a one-time count week bird, seen on a local pond north of the Great Basin Visitor Center, observed by another team.

The Snake Valley Christmas Bird Count is an example of great volunteer involvement and interagency cooperation. Thanks to Utah Division of Natural Resources, Nevada Department of Wildlife, Ely Bureau of Land Management, Nevada Department of Conservation & Natural Resources, local volunteers, University of Nevada-Reno, and park staff for combining forces to get such good results.